Plan your holiday with a Hong Kong Cruises trip to or from for a unique experience. The spectacular view of the Hong Kong Victoria Harbour from a cruise ship is definitely a highlight to your trip

FreeStyle Gaming is a branch of Resorts World Inc, the Singapore based gaming company. That company has split ownership between Genting Bhd, the Malaysian parent company of Genting HK, and by the group?ˉs chairman Lim Kok Thay.

Reportedly, the deal will run from January 1, 2019 until December 31, 2021, and will allow for a cap of US$1 million in purchases for the first year, and US$3 million for the following years. The increased caps for 2020 and 2021 are necessary to provide a buffer incase demand increases, the company noted.

In December, Genting HK consolidated by relinquishing its stake in Norwegian Cruise Lines, specifically so it could free up capital to make future investments and purchases. Although this new agreement seems to be a bit more of an internal deal, the additional money probably helped move things along.

Genting HK will achieve several goals with the new equipment. It will help diversify the games on offering on their ships, which will help them attract a broader range of customers, ultimately keeping them competitive against the industry.

It?ˉs a move that might be necessary, as gambling in the region, and on cruise lines, starts to ramp up. Indian cruise lines recently demanded that gambling be allowed on their ships. Tourists will soon have options in Asia for their holiday gambling excursions, so Genting HK wants to be well prepared.

Furthermore, the games are expected to help them cut costs by reducing manpower. Genting isn?ˉt done trying to find money between the cushions for future deals, or lawsuits. 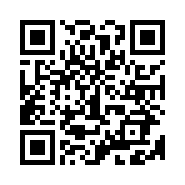